Well, the Patriots simply could not stand the weight of Antonio Brown. Which is a shame for the Patriot Fans, who really wanted to be an over the top Offensive Juggernaut this year? Now that will not happen because politics and social media agenda from all parties ruined it.

I am dead sure the rest of the league is celebrating the Patriot Organization looking like a bunch of clowns thou.

This is not a good week for high risk and multiple parley teams. You also need to avoid the large spreads.

What I love is the small dog teams on the early grouping of Sunday Games. It is about the value and I believe most of those teams are going to win outright.

I also love the 49ers to blow out the Giants. The only thing I will say is that there is an opinion within my own circles that the Giants have a shot at winning that game. Mind you, I do not agree but these people have had a good season so far this year. Just Sayin.

Do not overthink, and do not invent performances that have not happened yet in the season. Plus focus on my opinion on the early games under the handicapping section. So for the Main Slate and Early Games on Sunday, these are two of my teams. 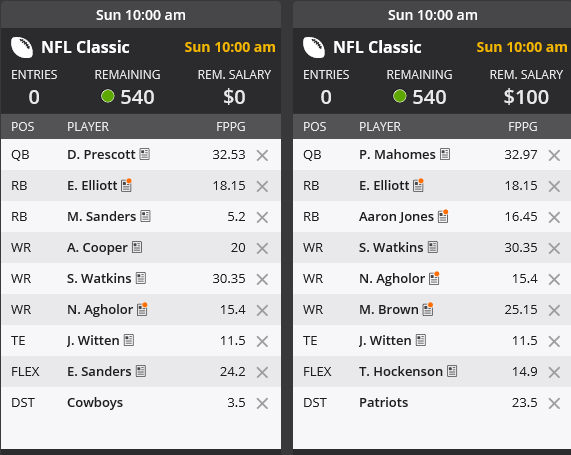 I love Dallas Stack overall for the Main Slate. I love the Chiefs stack for the Early Slate. 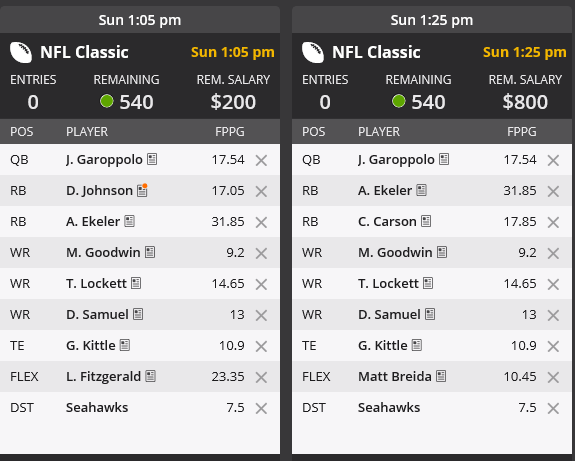 Stack the 49ers in the late slates. It is simple and you will be following the crowd. Which is always scary but it is the smart play.

Have a great football Sunday Peeps.

Hello Football Peeps, This was another brutal football week. Aaron Rodgers will most likely be gone for the season and that will open up the NFC North, so now anyone can win that division. Onward […]

Hello Patriot Peeps, Week 2 was a great week for you. The Patriots crushed the Miami Dolphins. Whenever we squish the fish it is a good week. Plus, Antonio Brown had a solid game and […]

Patriots Win In A Shoot Out Over The Chicago Bears.

Hello Patriot Peeps, Your New England Patriots found a way to outscore the Chicago Bears. We are going to start on the Good Side. The Patriots Offense without Gronk had one hell of a game. […]